Delhi Capitals vs Royal Challengers Bangalore: Prediction & Preview. Who is in a Better Position to Win?

Both the teams have performed quite well and reached here in Ahmedabad. Kohli’s convoy has reached here to play the game against Delhi Capitals. Royal Challengers Bangalore has performed way better than they were known for. They are yet to lose a game in this IPL. On the other hand Delhi Capitals is also playing to their potential and have done comparatively better than any other teams. Shikhar Dhawan is performing in almost every match, and the team will expect another big innings by him in this match. When these two teams clash in the Narendra Modi Stadium, there will be fun for cricket lovers. So, who’s gonna take those 2 points? RCB or DC? Read our match prediction and preview.

Delhi Capitals has been performing well since they have changed their names and we got to see some great cricket this year also. Although, they are lacking with their regular captain Shreyas Iyer but Rishabh Pant has filled his shoes quite well. Shikhar Dhawan is holding the orange cap now and has done his job in every game. After the inclusion of Steven Smith in the team, the team is looking more confident and a tough team to beat. Be it, Mumbai or Chennai, Delhi Capitals have adapted themselves in both the conditions quite well. However, Royal Challengers Bangalore is on a roll and DC will play their best possible XI to defeat the Kohli’s army.

Kohli has not performed quite well except his innings against the Rajasthan Royals. Despite this, they have managed to win their first four games quite comfortably, courtesy, Glenn Maxwell and AB De Villiers. Harshal Patel is the leading wicket taker in this season, and he is holding the purple cap. Devdutt Paddikal also displayed a great batting exhibition in the game against Rajasthan Royals. Siraj and Chahal are also doing well for the team. All in all, the team is looking quite balanced and will eye for another win against the DC.

Both the teams have played 25 games, and Bangalore has managed to win in 14 matches.  One game between them ended with no results. Here’s the head-to-head record between them.

The team is yet to lose a game in the 2021 season. Here’s their past record of the last five games.

The team lost their 2nd match of this season but in the rest matches they played quite well indeed. Here’s the record

This match is being expected to be high scoring as it will be played on a new track of the Motera Stadium, Ahmedabad. The team winning the toss will field first.

Final Prediction: Both the teams are looking great when it comes to their recent performances. However, Bangalore is looking great to achieve another win. Hence, we predict RCB as the winner. 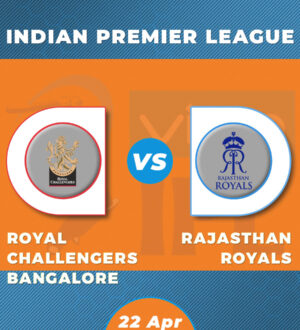 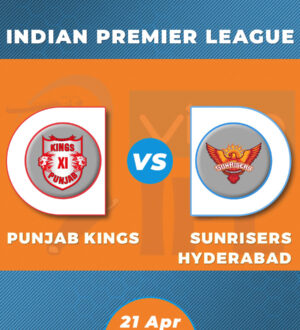 Punjab Kings vs Sunrisers Hyderabad: Prediction & Preview. Who Will Win the Game? 15.04.2021 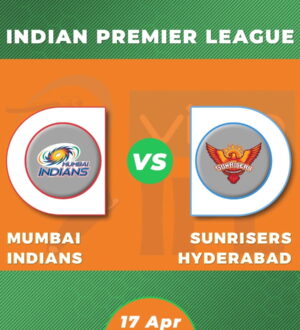