Punjab Kings vs Sunrisers Hyderabad: Prediction & Preview. Who Will Win the Game?

One team will be looking to win their first title of this tournament whereas the other will want to repeat the same they did in IPL 2016. It is the 2nd double-header of this tournament and the game will be played between Punjab Kings and Sunrisers Hyderabad. Punjab Kings have recently changed their name from Kings XI Punjab and expecting a drastic change of their fortune this year. The team looks so strong when it comes to their batting unit, they have classy KL Rahul, the boss Chris Gayle, and two strong middle-order batsmen, Dawid Malan and Nicholas Pooran. On the other hand, Sunrisers Hyderabad is really good at their bowling. They have quality bowlers like Rashid and Bhuvi in their cards, and they will definitely ask sophisticated questions to Punjab’s batters. So, the battle is going to be excellent, and who will outplay whom with their quality skills, will be a matter of discussion. We are here to tell you the match preview and the prediction of the winner of this game. Excited?? Let’s dig in.

Sunrisers have always been a formidable team to beat and they will also ask problematic questions from Punjab batters. All in all, SRH is winning the game.

Although this team has never won the title of IPL, they were always a tough team to beat when they played with their full strength. This year too the team is looking so strong be it any position, batsmen, all-rounders, and quality death bowlers. The team is being led by KL Rahul, who himself is a deadly batsman in T20I and alongside Rahul, the team has quality batsmen like Dawid Malan, Nicholas Pooran, Chris Gayle, and Mayank Agarwal. Their death bowling is also looking strong which is being led by Jhye Richardson and Mohd. Shami, and we can expect the same performance from this team in the game against Sunrisers Hyderabad.

Sunrisers Hyderabad has always been reckoned as a strong bowling department, they have specialist T20 bowlers like Rashid Khan and Bhuvneshwar Kumar in their team. Along with this, they got David Warner and Jonny Bairstow as their openers who can send the ball out of the ropes at regular intervals. The team is slightly missing firepower in the middle-order but how they have managed to get rid of that, makes them the toughest opponents to play against. Although, the team had failed to qualify for the finals last year and got defeated by Delhi Capitals in Qualifier 2. They will be eyeing a spot in the playoffs and win their 2nd title of this tournament. But before this they have to get out of the Punjab’s challenge, and how they are managing it will be interesting. They are looking forward to playing their best XI in this game.

Both the teams have played 16 matches against each other, and Hyderabad is taking a huge lead in the head-to-head table.

The match will be played at M.A. Chidambaram Stadium, Chennai. It is expected that the team who will bat first have a major chance to win the game. 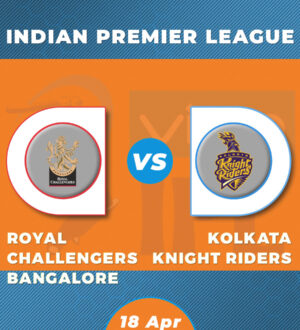 Royal Challengers Bangalore vs Kolkata Knight Riders: Prediction & Preview. Who Will be the Winner? 15.04.2021 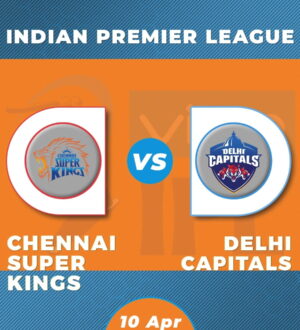 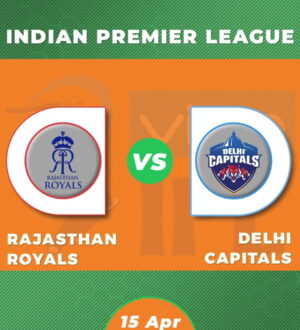