Mumbai Indians: An In-Depth Analysis Of The IPL’s Leading Team!

The team Mumbai Indians has embarked its name in golden words in the history of IPL with a significant number of wins. The team looks absolutely ready for IPL 2021 to add one more achievement to the record. The 2020 IPL being the 13th edition, has empowered the Mumbai Indians with the 5th win, making it the team with the maximum trophies.

The champions of the Mumbai Indians team are equally excited and confident in winning their next IPL tournament as they were the last year. The team will be preparing to add another consecutive victory by defeating all the other competing teams in the regular training sessions.

The winning team of IPL 2020 has created history with the strong squad and their performances in the last few years. The Mumbai Indians have been successful in defending their title of being the best IPL team with the highest wins, and chances of achieving the same title again are high.

With the retention of almost 18 players, the management of the Mumbai Indians IPL team in 2021 has again bought the fast pacer Nathan coulter-Nile for the high amount of 5 crores. The Coulter-Nile has been a part of the team earlier, but in 2020, the Mumbai-based franchise released him.

The team’s strengthening up with the retention of backbone

The Mumbai Indians team in IPL 2021 has retained the players with the best batting, bowling skills. These Mumbai Indians players are the core of the team, supporting it to be the best of all the teams. The retention of these players is the best decision of the management. Rohit Sharma being the captain has led the team for many years and will be doing the same in the current year’s IPL edition.

The players Jasprit Bumrah, Hardik Pandya, are the fast-bowlers of the Mumbai Indian team, supporting the team with the specific roles they are best at. The other player Krunal Pandya is known for the best spinning and is an all-rounder for the team.

Moreover, the team has performed amazing since Ishan Kishan has joined the team. He has also made it to the Indian cricket team because of the fantastic batting skills he has shown in the years. This year, Arjun Tendulkar has secured his place in the Mumbai Indians for IPL 2021 as the management has bought him for 20 lakh.

Mumbai Indian has retained the players who supported the team with their best skills. There are ups and downs as every team loses certain matches, but the ultimate result is that they take the trophy home, which is why the team cannot lose its playing XI.

The mumbai-franchise has some best pacers of all time, but all of them are not Indian, and the management has spent 11.70 crores to make it a team stronger than that in 2020. The prediction for the playing XI in the team includes Trent Boult and Nathan Coulter-Nile as a replacement for the Lasith Malinga. These are the two prominent bowlers to assist the Indian pacer, Bumrah, and the companionship of Trent with Jasprit Bumrah can get the match on their side.

The Mumbai Indians team 2021 has bought the fast bowler Nathan-Coulter Nile this year to complete the gaps in the bowling squad of the team. However, there are other fast bowlers in the overseas category, but the only Indian pacer to rely on is Jasprit Bumrah during the state of pressure. If Bumrah cannot be at the field due to any unavoidable reasons, it will be difficult for the team to manage the bowling line.

Mohsin Khan does not hold any experience to play the IPL matches, therefore relying on him as a backup for Jasprit is not possible. Hardik Pandya used to be among the fast bowlers, as he is an all-rounder, but his bowling performance in 2020 was not satisfactory.

Dhawal Kulkarni is another Indian pacer in the IPL Mumbai Indians team 2021, but the team still needs other players, and the player is unable to take any wicket lately, so there is a need for other fast bowlers in the team, but the batting line-up of the Mumbai-based team is so strong that it can chase the runs easily against other teams.

Opportunity for the all-rounder player to perform their best

The Mumbai-based franchise has bought the two-star players in their team recently in the overseas department. These are James Neesham and Marco Jansen: both the all-rounders are highly capable of supporting the team. The Mumbai Indians cricket team has bought them for batting and bowling purpose. The player James Neesham can hit the winning shots when there is a requirement of high score in a few overs.

Marco Jansen is the player that can be the surprise element for the other teams. He has debuted in the cricket career in 2018 and the T20s in 2019. You will see him for the first time in IPL and will be playing for the Mumbai Indians.

There are high chances of 2021 IPL being held at the Wankhede Stadium of Mumbai. So these two players have the opportunity to mark their impression by practicing at their hometown to perform the best in the upcoming IPL.

The threat of having the injury-prone players in the squad

The players of Mumbai based team have a long history of injuries, and this is a serious threat to the team’s performance. Among the players backed by the team, Chris Lynn has faced several injuries in his career.

The fast pacers likely to face injuries are Nathan-Coulter Nile and Adam mile, among the newly added players. Getting an injury while the matches or their practice is common, but wearing the special gear can reduce the chances.

But every team needs to have a backup for any such incident. The mumbai indians team successfully stamped its victory in history because they have the best management for all the incidents. Injury to any player can pose a danger and be the biggest threat to the MI team, so the management and planning will be according to it. This year, if MI wins, that will mark a hat-trick for the team. 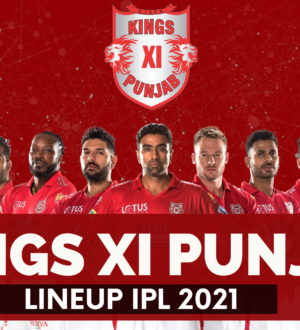 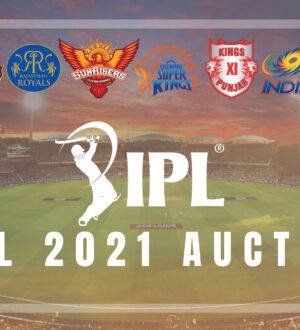