Rajasthan Royals – A Detailed Analysis About This IPL Team!

The Rajasthan Royals were embarking on their presence in the Indian premier league, but unfortunately, they were not able to win the title despite performing great in some IPL seasons. In 2020, the Jaipur-based franchise was positioned last on the point table for the very first time in the history of the Indian premier league. However, the management of Rajasthan Royals was already disappointed with the performance of the squad in IPL 2020.

Though the star Rajasthan Royals players were available, they could not meet the criteria for qualifying for the playoffs. Moreover, Steve Smith loses his years of contract, and numerous Indian paces were again introduced in the auction ceremony.

The Rajasthan Royals owner entered the auction ceremony with a huge bank value of 37.85 crores, from which they have splurged 16.25 crore on acquiring Chris Morris. Besides, they have also added Liam Livingstone and Mustafizur Rahman to their overseas section.

The Rajasthan Royals team has included match-winners in its batting lineup, which can easily blow up even the elite bowlers’ lineup around the world. Moreover, Manan Vohra and Sanju Samson have tremendous experience in playing IPL under their league. Also, Yashasvi Jaiswal has contributed incredibly to the victory of the under-19 India team in the beginning days of his career.

If you look at the performance of Jos Buttler and Ben Stokes, they have won numerous matches in IPL for the Rajasthan Royals. Well, Chris Morris can change the whole game with some big long shots in the demanding overs. You can even look at Rahul Tewatia and Jofra Archer; they showed how to win matches for the Rajasthan Royals. Moreover, Riyan Parag has gained tremendous experience of two Indian premier league seasons.

You should know that the young all-rounder has the potential of performing better this year as compared to 2020. Liam Livingstone is an experienced cricketer in T20 matches, while Shivam Dube has won several game-changing matches in the national circuit. At last, David Miller is perfect for the finisher’s role, which makes the batting lineup perfect for Rajasthan Royals, and they can conquer any bowler lineups.

Lack Of Support From Jofra Archer

In the pace-bowling attack, Jofra Archer was among the Rajasthan Royals best players of the Indian premier league 2020, and even after having the best pace-bowl attacker in the bowling lineups, Rajasthan Royals still ended up falling in the last position on the point table.

However, the primary reason behind the fall down was the Indian pacers of the Rajasthan Royals team could not live up to the expectation of the management as well as their performance. The Jaipur-franchise has put their faith in Jaydev Unadkat. But it is recorded that the left-pacer is still performing consistently as there is no improvement seen from the bowling lineup of Rajasthan Royals.

If you consider other players like Chris Morris, who is more prone to injuries. Moreover, the management of Rajasthan Royals has also elucidated that Ben Stokes will not bowl much in the season of IPL 2021. Mustafizur Rahman has concluded that he would be playing for the Bangladesh team in a Test series with Sri Lanka, in case the selector chose him for the Bangladesh squad.

So, IPL 2021 would be existing to see Rahman turn up again to the royals while Akash Singh and Kartik Tyagi are in the learning stage. And Chetan Sakariya would be playing his debut IPL season, while Andrew Tye has somewhat lost his golden finish.

Great Opportunity For Shivam Dube To Show His Pure Talent

The Rajasthan Royals have made an addition to their lineup of IPL 2021 with an all-rounder Shivam Dube. Moreover, Dube was playing for the RCB, but the Bangalore-franchise had given him numerous chances to build his foundation as a match-winner, but he was not able to fix his position in the lineup of Royal Challengers Bangalore.

His performance led RCB to relieve him from the team after the IPL 2020. Now, more matches are likely to be organized in Mumbai, and Shivam Dube has played numerous match-winning games in those venues that means he has golden chances for embarking on his presence in the IPL 2021 and silences the critics of last year.

Most probably, the team management is likely to add him to the Rajasthan Royals squad for several matches to analyze the performance. Therefore, the position of Dube will be determined by the performance shown in the first few matches. As you all know that the Rajasthan Royals still lack the support of the Jofra Archer, and Dube is the only hope for making an opportunity for the team.

Over Dependence On International Players And Inexperienced Team Captain

Generally, there are two potential threats that Rajasthan Royals need to consider for securing the title of IPL in 2021. First, the Jaipur management is more dependent on the international players because out of all Indian players only Rahul Tewatia and Sanju Samson are the only two who have been playing IPL for a while and have also played T20 matches for India.

One should know that there are numerous Indian players in the Rajasthan Royals squad with less experience playing in T20 matches. On the parallel side of the lineup, there are several experienced international players who have been a part of IPL for a long time which means the Jaipur-franchise puts more faith in the performance of all foreigners.

Indeed, Rajasthan Royals are most likely to include them in the first 11 players. The management has also decided to appoint Sanju Samson as Rajasthan Royals captain 2021 for the upcoming season. For the first time, he will be leading his team as an IPL captain while Sanju has some experience in captaining the Kerala team in the state circuit.

However, captaining the team in IPL matches would be something different. Moreover, the fans of Punjab Kings were flattered during the first half of the Indian premier league 2020 after the Punjab management appointed KL Rahul as their new leader. While this trick might bring wonders to the performance of Rajasthan Royals but there always be some threat of inexperience factor. In the end, if you are looking to gain all possible details about the latest happenings with the Rajasthan IPL team better is to follow Rajasthan Royals Twitter and check out the updates instantly. 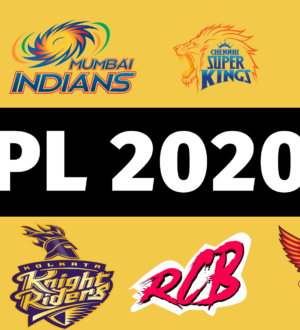 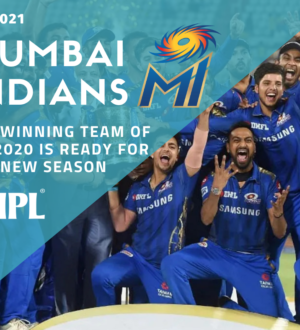 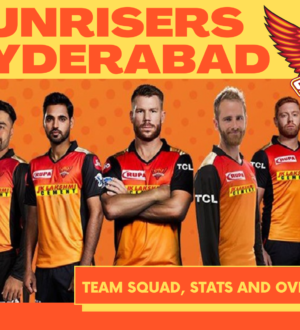