In the opening encounter of IPL, the Virat Army has snatched the game from the defending champions at the very last ball of the match. Royal Challengers Bangalore defeated Mumbai Indians by 2 Wickets (as I predicted). Here’s the match summary. On the 9th of April, the world’s biggest cricket league, IPL came back again on the Indian soil but, this time none of the team will be playing at their home ground. The first match was played between RCB and MI at the M A Chidambaram Stadium, Chennai. Virat Kohli has fortunately managed to win the toss this time and elected to chase, considering Mumbai Indians heavy batting line-up.

The defending champions started slowly as they went out with a new opening pair, in the form of Chris Lynn and the skipper Rohit Sharma.

Rohit was looking in good touch but, unfortunately, because of a misconception between him and Lynny, he was run out at the last ball of the fourth over. Chris Lynn was also struggling in the first couple of overs but as soon as he found his touch, he was sending the ball out of the rope. The partnership of 70 runs in just 42 balls between Chris Lynn and SKY brought MI into the game again. Kyle Jamieson who bagged a huge amount of money in the auction gave his team the breakthrough by dismissing the well-set batter, Suryakumar.

Lynn, who was timing the ball well, followed Yadav to join the pavilion soon. He scored 49 runs in just 35 balls and gifted his wicket to Washington Sundar. Mumbai Indians were looking quite comfortable until Kishan (28 runs in 19 balls) and Hardik Pandya (13 runs in 10 balls) in the crease. Then the magical spell of Harshal Patel threw out the defending champion from the game. He conceded only 1 run in the final over and took 3 crucial wickets including Kieron Pollard and Krunal Pandya. Mumbai Indians scored 159-9 in 20 overs.

Virat and Washi came to open the inning for RCB as Devdutt Paddikal was missing out. Washington Sundar never looked comfortable throughout his batting and lost his wicket to Krunal Pandya. The debutant Rajat Patidar did not take too much time in the crease and got out to Trent Boult after scoring 8 runs with the same number of balls faced.

Maxwell and Virat shared a crucial partnership of 52 runs in just 40 balls and made the scoreboard going with a decent run rate. Jasprit Bumrah took the wicket of his national team skipper, Kohli, and brought back MI in the game again. Soon after Virat, Maxy got out to Jansen and the match became quite intriguing. At one side, wickets kept falling but Mr. 360 held another end quite comfortably but got out when the team needed just 3 runs in 3 balls. In the end, RCB clinched the last-ball thriller against Mumbai Indians by 2 wickets. AB De Villiers scored a blistering 48 runs in just 27 balls.

Harshal Patel was awarded as the Player of the Match for his 5 wicket haul. 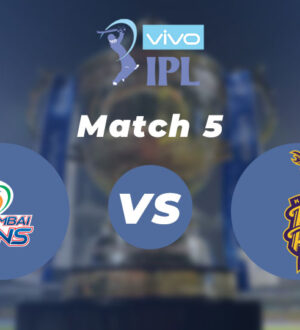 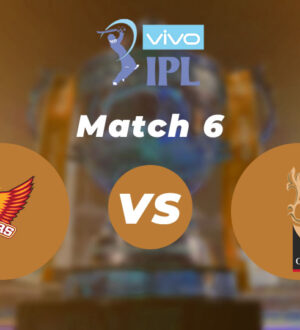 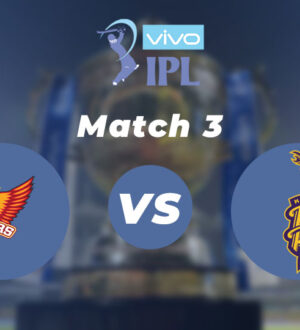